How it all began

More than 35 years ago while growing vegetables commercially we started experimenting with different sowing times for crops based on the phases of the moon.

It didn’t take long for the truth to reveal itself as those seeds planted in a certain moon phase grew faster and more healthy than others from the same batch planted at the opposite phase.

Seeds planted out of phase would go to seed, while others in-phase would be robust and hardy, have higher crop yields, and a much greater germination rate.

We continued to use this calendar as we moved into the horticultural industry, applying it to growing shrubs and flowers, taking cuttings and growing seedlings for our plant nursery.

Here the issue of sap run was obvious as the strike rate for cuttings was vastly improved when cuttings were taken at the appropriate time.

Just as the moon influences the rise and fall of the tides, so it is that plants, having a high water content, are also influenced by the moon phases.

The sap of a plant carries moisture and nutrients for growth between the leaves and the roots, with energy production occurring in the leaves through photosynthesis.

At different moon phases the gravitational pull of the sun and moon are combined to create a high sap run in plants. At other times these natural forces create a “rest period” for plants.

We collated this information to divide the 28-day lunar cycle into just six segments of various lengths which flow on from month to month, year after year.

Now retired, but still gardening, we hope you get as much pleasure and success out of our Moon Calendar as we have. It is an easy method that lasts a lifetime.

Sadly, Ray passed away in December 2016 but his daughter Sheree continues the Moon Gardening tradition with Jean.

Wishing you great success in the gardening,
Jean and Sheree. 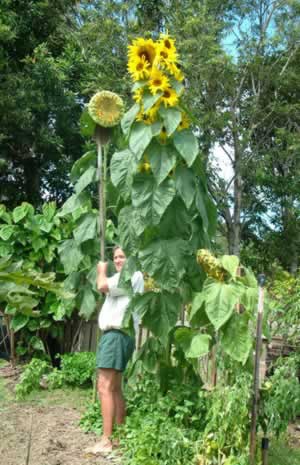